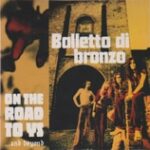 On the road to YS... and beyond

On the road to YS… and beyond

On the road to YS…and beyond