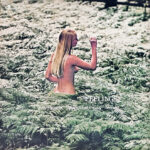 Groovy cult Italian library music release, recognized as one of the best ever made! LP+CD edition.