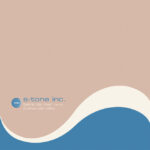 In this 12″ we have a version of “Beira Do Mar” skilfully remixed by Solo Moderna in a very minimal style, plus an unreleased track on side B.